Dara Tarkowski Follow I'm Dara Tarkowski. Innovator, entrepreneur, attorney and podcast host. I am FinTech and RegTech enthusiast passionate about responsible innovation and exploring the intersection of law, technology and highly regulated industry. I'm the Managing Partner at Actuate Law, Chief Innovation Strategist at quointec, and the Host of the Tech on Reg podcast, recently named one of the top 10 RegTech podcasts. I was also named to the 2019 Women in FinTech powerlist by Innovate Finance. 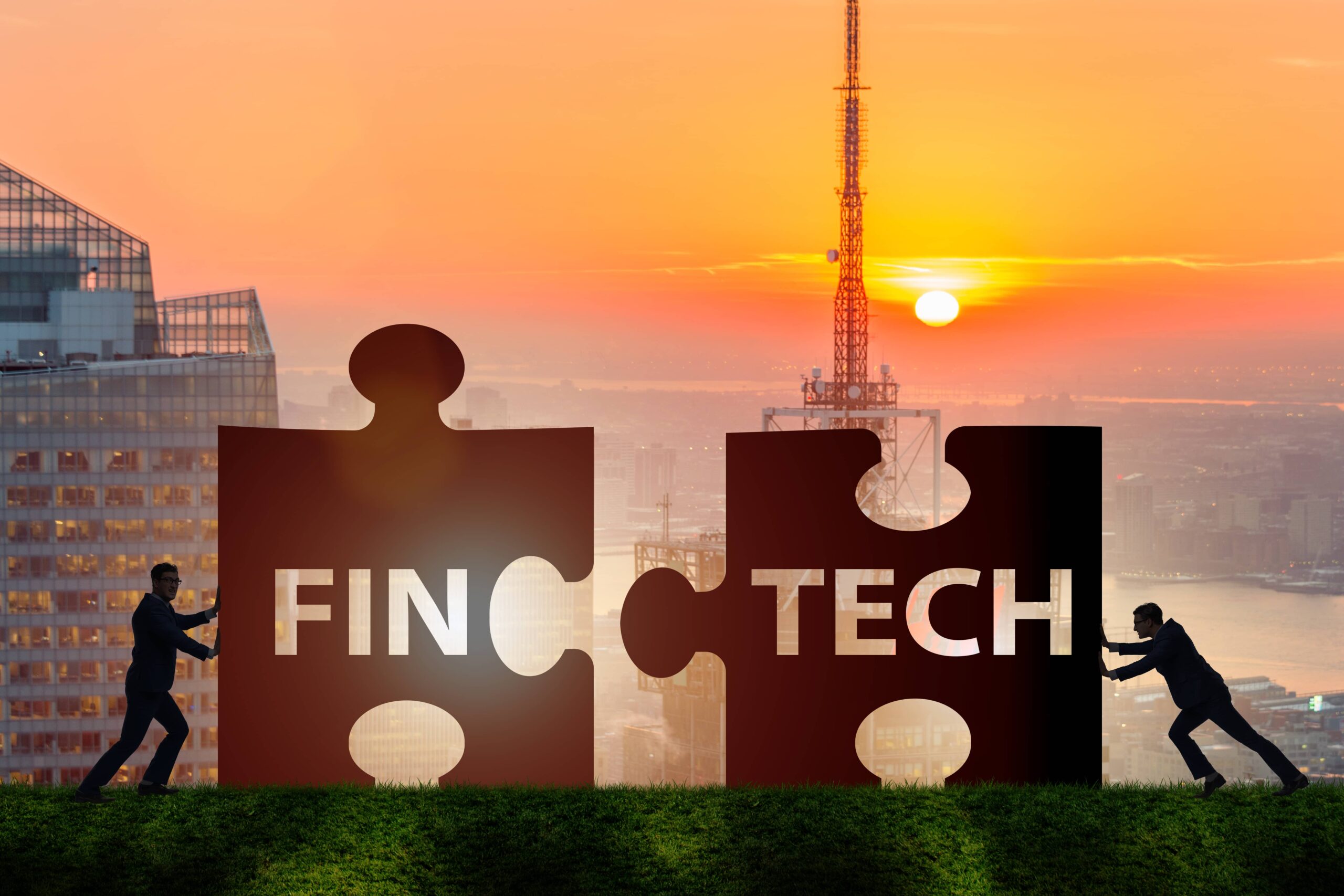 Do the Avant and Marlette settlements make consumers safer or was it simply a win on paper for Colorado’s attorney general? Fintech attorney and Tech on Reg podcast host Dara Tarkowski seeks answers from financial experts Mary Jackson and Ed Gehres.

Colorado’s attorney general settled suits against fintech companies Avant and Marlette Funding this summer, after three years of litigation. The state alleged the companies illegally partnered with out-of-state WebBank and Cross River Bank, respectively, in what the AG referred to in a public statement as a “scheme to ‘rent’ those banks’ ability to lend above Colorado’s rate limits.” Did the litigation make consumers safer? What message do the lawsuits send to other fintech companies? Let’s take a look.

Under federal law, certain out-of-state banks can lend at interest rates that exceed a given state’s limits. The suits against Avant and Marlette contended that the two fintechs did not fall under the federal bank preemption and violated state code by charging excessive costs to consumers. Then came the pandemic, and along with it, a renewed emphasis on consumer protection. The Colorado AG’s office became concerned that financially vulnerable Coloradoans could, as it stated in the same public statement referenced above, become “susceptible to unscrupulous lenders.”

Consumers need protection. Is litigation against fintechs like Avant and Marlette the most effective option? On a recent episode of the Tech on Reg podcast, I asked Online Lenders Alliance CEO Mary Jackson, who has thirty years in the business, and veteran financial services attorney Ed Gehres for their take and what these precedent-setting lawsuits mean for the future of fintech.

Fintechs undergo rigorous processes with a variety of regulators (and bank partners who are in turn answerable to other regulators) to get certified and approved. Companies welcome this involvement, by and large, as it enables banks to efficiently vet vendors. Skepticism emerges when government officials delve into these private agreements (whatever happened to the freedom of contract?) and seek to control how banks operate with fintechs.

“Everybody thinks that they protect consumers, but they don’t,” says Mary. Instead, she believes, government regulations and litigation hinder innovation and keep consumers from accessing credit. “They want to enforce their state law, and I understand that. But policymakers have let go of their responsibilities to argue these cases,” adds Mary.

Motivations Behind the Avant and Marlette Lawsuits

“The short answer,” according to Ed about the motivation behind the Avant and Marlette litigation, is that the Colorado AG “deliberately wants to attack the valid-when-made doctrine about what interest rate can be exported to Colorado consumers and wants to invoke a more modern view of the true lender test.”

The central question of that test is: When a bank makes a loan that is sold to a third party which doesn’t hold the bank’s charter, does the bank’s original interest rate hold, or do new entities and/or requirements and entities regulate the bank?

The Colorado AG pursued this question after a statewide ballot initiative limited interest rates to 36 percent. That APR, Mary contends, “disrupted the marketplace and sent most state-licensed lenders to the hills.”

Colorado found itself in a position to import lenders with lower rates to serve the state’s population –– and the need to sue those entities to enforce its new regulations.

Mary points to a recent study by the Federal Reserve that examines the relationship between interest rates and lenders’ cost of doing business. To break even on a small loan, say one under $1,000, a lender must charge sky-high rates –– 100% or more APR.

Colorado’s 36 percent rate cap, she believes, effectively “redlines consumers from getting access to credit” that could help them build or even repair their credit.

The U.S. Treasury has encouraged the financial services industry to use technology to help solve this problem. With innovation expanding –– and the web of state regulations complex –– the U.S. government urges fintechs to partner with banks to reach more consumers.

“Protecting consumers goes hand-in-hand with serving the underbanked,” Mary says. The fintech revolution is crucial to reaching those customers. Financial experts like Mary find it “absurd” that politicians seek to determine how banks partner with companies innovating for the greater good.

When the ballot initiative passed, it left Colorado with few state-licensed lenders to serve those with less-than-stellar credit, forcing them instead to secure loans with vehicle titles or prove a long employment history. That excludes a whole lot of people.

Innovative Tools and Market Opportunity: The Two Sides of Fintech

It’s no coincidence that the settlement came fewer than 60 days after a significant court decision. The AG amended its lawsuit in 2018 to include related entities and securitization trusts –– all the deep pockets associated with the fintech-bank partnership structures.

In June 2020, a Denver district court ruled that banks served unquestionably as lenders and that platforms Avant and Marlette, as small-to-medium enterprises, could not stand in the banks’ shoes, so to speak, concerning loans.

Does this mean the business model of fintechs like Avant and Marlette is legally unsound? Not entirely.

“It’s half their business,” says Ed, explaining that the partnership between a fintech and a bank has two pieces. First, a fintech has technologies and credit underwriting capabilities that banks typically lack, since they tend to use traditional methods and products.

The other piece consists of the “vast pool of need,” he says. “Banks, with their regulatory risk capital and regulations, and by their nature, are ill-equipped to hold a balance sheet.”

“That’s why banks package chunks of their risk and sell it to other entities to hold, a process called securitization. This happens in every area of financial services,” Ed notes. “The alternative asset market [for fintech loans] is huge.”

The entities that purchase lenders’ risk do whatever they can to monetize it. Many ways to profit from securitization exist. This practice, particularly in the mortgage sector, came under heavy scrutiny during the financial crisis of 2008–2009.

A ‘Truce’, Not a Consumer Victory

The Avant/Marlette–Colorado settlement differs from similar cases and arguably has significant long-term implications for the industry. It is not a consent decree, which is how most AGs conclude settlements. It’s discontinuance of action.

“Consider it a truce,” Ed explains. “It only binds the parties who agree to it.”

In this case, the companies agreed to pay the State of Colorado $1.05 million. The money is earmarked toward the AG’s fund for consumer protection and a Department of Education financial literacy program. The parties also agreed to a safe harbor design –– essentially a set of new regulations.

“Consumers got absolutely nothing,” says Ed, pointing out that all the parties, especially the AG, publicized the settlement as if it represented a consumer victory. It told the marketplace: You, too, will spend millions of dollars in litigation with Colorado unless you comply.

Mary says most regulatory aspects of the settlement are “much ado about nothing,” because they’re already in place at the federal level. However, she lauds the FDIC’s efforts to streamline the process and make it easier for banks to vet vendors and enact a system to replace a patchwork of state regulations.

As for the Avant and Marlette litigation, Mary ultimately believes it “does a disservice to all the work that’s been done in the true lender space, one that will stifle innovation and credit for consumers.”

As the fintech industry grows, and consumers rely more on the internet for banking services, states must make smart decisions to stay competitive. No fintech company wants to be at the mercy of a state’s attorney general, especially when their primary goal is to provide safe credit options for consumers. The more restrictions you place on the industry, the harder it becomes for local and regional providers to stay in the game.

This article is based on an episode of Tech on Reg, a podcast exploring all things at the intersection of law, technology and highly regulated industries. Be sure to subscribe for future episodes.

Dara Tarkowski Follow I'm Dara Tarkowski. Innovator, entrepreneur, attorney and podcast host. I am FinTech and RegTech enthusiast passionate about responsible innovation and exploring the intersection of law, technology and highly regulated industry. I'm the Managing Partner at Actuate Law, Chief Innovation Strategist at quointec, and the Host of the Tech on Reg podcast, recently named one of the top 10 RegTech podcasts. I was also named to the 2019 Women in FinTech powerlist by Innovate Finance.
« Bringing DeFi Speed to Private Funds
Targeting the Imbalanced Immune Response in COVID-19 »

How Will Regulations Affect Crypto And Could It Be…

Why We Invested In Drip Capital — Financing For…