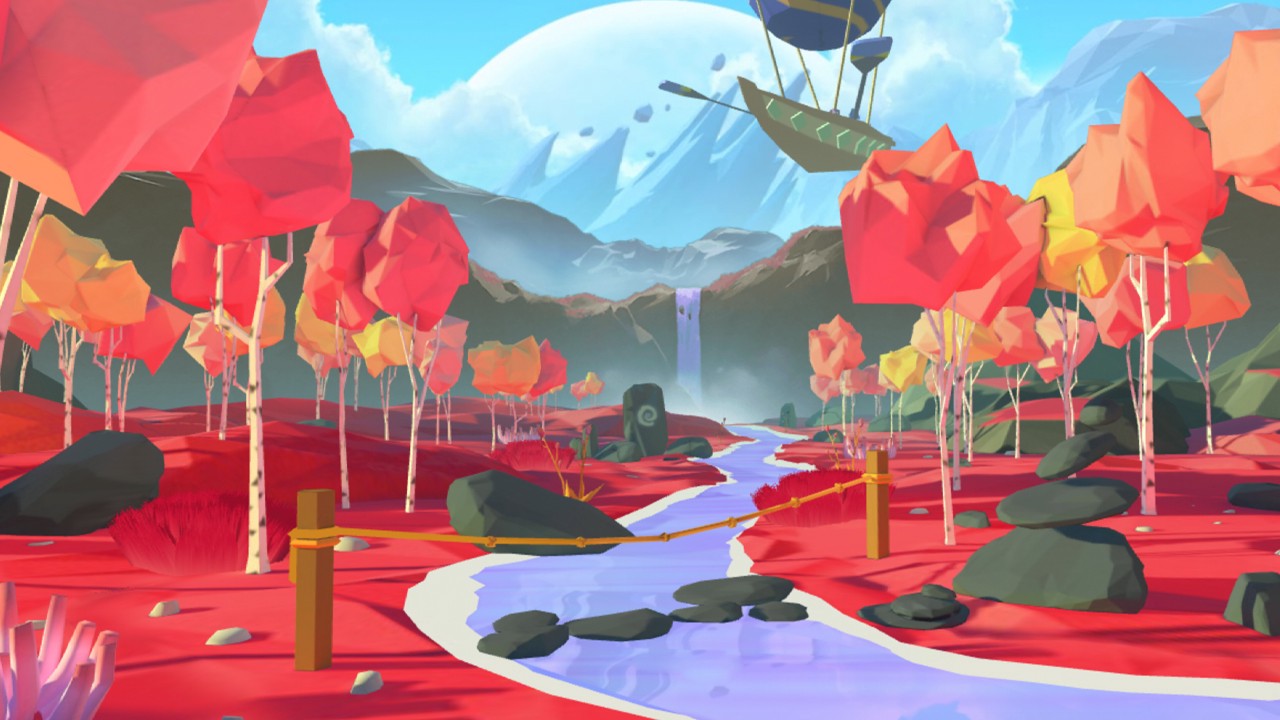 Another Shot at Getting in “Early”

You don’t always get a second chance at early discovery. Whether it’s a stock, a cryptocurrency, or a collection of non-fungible tokens (NFTs), many of us learn of certain assets very late in the game.
But as luck has it, one particular cryptoasset fell down hard before soaring to all-time highs, only to crash back down to Earth. But the freefall was intentional — more on that later.
Now, before I explain why I’m so bullish on one little-known project, know this:
My research doesn’t prevent you from conducting your own. I’m simply translating information freely available online, and not qualified to give investment advice. I hold the token mentioned within, and this article is for educational and informational purposes only. Happy gem hunting out there!

Back in July of this year, I divulged details about why I think RedFOX Labs is set to become a leader in the blockchain and blockchain gaming industries. Just don’t call them a blockchain company!

RedFOX Labs is a venture-building studio, not merely an operator of a blockchain nobody may bother to use. There’s much more to the project than distributed ledgers:

Look Beyond the Price and Into the Future

The project’s native cryptoasset — $RFOX coin (now an ERC20 token)— was trading for under U.S. $0.01 at the time. However, we’re talking crypto here. If you’ve been around awhile, you know that industry developments move faster than light.

In other words, a lot changed as we leaped a few months forward in time. RFOX coin climbing from well under one cent to over U.S. $0.20 in October was only part of the equation.

But that doesn’t even begin to describe what else has transpired. We have plenty to discuss — a highly successful product launch, a token swap featuring a 10:1 airdrop, a fresh Blackpaper and gaming Litepaper, new exchange listings, and more.

Perhaps most revealing is a recent interview with the legendary Bitcoin Benny. Is this candid glimpse into what makes a startup tick, you’ll find heaps of info about why RedFOX makes specific business decisions:

Top of The Charts

One of RedFOX Labs’ standout attributes is its mission to make real-world products. As a venture builder, it’s in the project’s DNA to replicate revenue-generating businesses.

And the project’s gaming studio, RFOX Games, just recently hit the start button. The studio’s first foray into video games — Keys to Other Games — has become a blockbuster hit in its own right.

The funny thing about that is there’s not even a playable game yet. For now, it’s all about buying, selling, and trading NFTs in anticipation of what’s ahead.

But this month aims to change all that. Per the KOGs Roadmap, December is bringing the game’s beta version, a staking program, plus the dynasty’s 2nd Edition NFTs.

After launching in August, the game’s collectible tokens quickly shot to the #1 position on the WAX Blockchain’s most prolific secondary marketplace, AtomicHub.

At the time of writing, KOGs sales are nearly 2x that of its nearest competitor. And it’s easy to see why collectors are going ape over the 1st Edition.

For starters, there’s a game right around the corner — a digital remake of controversial schoolyard classic, POGs. While most other NFTs are only for staring at, KOGs — geographic laws allowing — let players challenge foes in winner-take-all online matches.

There’s gambling. And tournaments. Best of all, as the name screams, KOGs are tokens that unlock in-game items like skins, plus grant access to special levels and competitions.

Not to mention, these NFTs are gorgeous. Feast your eyes on this ultra-rare stunner:

Once the game launches and a new audience realizes there’s a 1st Edition to collect, we may very well see a serious spike in demand for 1st Ed. KOGs.

Blockchain gaming items are immutable, easily authenticated, and owner-transferrable across supported titles. Coupled with the ability to stonewall cheating fraudsters, blockchain gaming is the future mainstream gaming doesn’t yet know it needs.

But RedFOX certainly isn’t a one-trick pony. Blockchain gaming is but one piece of an oversized puzzle …

The rapid success of KOGs NFTs plus a relentless focus on launching a video game has forced RedFOX’s cashback and rewards app to the backburner.

The great news is that it’s already complete. Merchants are in place, and the app is functional. Now it’s a matter of allocating resources to give it wings.

Since the app successfully passed through the team’s 9-point funnel — which determines whether or not a venture is even worth the effort — this app should be profitable from its onset.

The team’s end-goal is to create a Super-dApp loaded with interoperable products and services, with RFOX token underpinning the entire ecosystem.

Although RedFOX doesn’t consider itself a blockchain company — that’s too limiting — there is an investor base to look after.

In late October, the team temporarily halted centralized exchange trading. All coins on Liquid and p2pb2b exchanges — trading for roughly $0.22 at the time — were frozen in anticipation of a token swap.

Why the surprise rug pull? To prevent anyone from gaining an advantage in swapping coins for tokens at a 10:1 rate. RFOX coin holders could (and still can) get 10 RFOX tokens for every RFOX coin traded-in. Percentage-wise, this event was very beneficial to holders.

Because of an adjustment to RFOX token’s maximum supply, those who held coins now have the equivalent of 2.5x in tokens.

If a coin account once held 1% of the max supply, for example, the corresponding token account now holds 2.5%.

And now, since RFOX token runs on top of Ethereum, one of the most-used blockchain networks, the tokens freely trade on Uniswap (plus Liquid and Australia’s CoinSpot), with more exchanges in the works.

In 2021, large slices of the RedFOX pie will be served in virtual realms.

2020’s pandemic has accelerated multiple facets of our digital lives. We now know how much can be accomplished by the work-from-home economy. Plus, as we spend more and more (and more) time at home, we actively seek new experiences.

Video game playtime has absolutely exploded this year — no surprise there. Jumping in and out of digital worlds, if only for a few minutes at a time, is very commonplace.

And virtual metaverses like Decentraland are ideal environments for those seeking temporary refuge from the real world. Not only that, but the pandemic has forced certain industries into hiding — the concert industry, for example — but virtual spaces can help set them free.

In addition to a replica of its Vietnam headquarters, RedFOX Labs is currently building a marketplace inside Decentraland’s Crypto Valley region.

Imagine seeing your favorite musician playing live inside a virtual space, surrounded by your fellow fans. Now imagine ordering food — delivered to your house — from within a virtual shopping district.

All is possible inside DCL, and custom-built headquarters is currently under construction. And, true to RedFOX’s business methodology, monetization heavily influences design choices for the virtual layout.

It’s tough to find a successful project that isn’t powered by an active and supportive community. RedFOX is no exception, and a decent chunk of their audience hails from AU.

Having Aussie co-founders certainly doesn’t hurt, either, but the latest wave of RedFOX faithful was delivered by Alex Saunders and the research team from Nugget’s News.

RedFOX Labs’ CEO has been a guest on Alex’s crypto and finance podcast multiple times over the past two years, including this blockchain gaming interview from three months ago.

But what really drew Alex into the RedFOX ecosystem was a recent partnership with Coinsilium and IOV Labs.

You see, team RedFOX chose to set up the shop in Vietnam for a number of reasons. Boasting a young, tech-savvy population, Southeast Asia is home to the world’s fastest-growing mobile economy — which crossed $100B in digital spending last year.

However, the majority of SEA’s citizens lack access to basic monetary services including credit, insurance, and investment products. Millions of people are now sitting on the sidelines of a soaring digital economy — up to 74% of SEA’s population.

And RedFOX, in conjunction with Coinsilium and IOV Labs, intends to improve that dreadfully high statistic by creating digitally inclusive products and services for Southeast Asian markets. Put simply, you probably won’t need a traditional bank account or credit score to use a RedFOX dApp.

October’s token swap was like a giant reset button for anyone who missed RFOX’s massive upward momentum over the past few months. What used to be 20+ cents now ranges between two and three pennies.

With a blockchain video game around the corner, plus a new edition of a highly successful NFT collection, December is a massive month for the project.

But those exciting events may pale in comparison to what next year brings. Don’t sleep on RedFOX Labs (again)— its future is rapidly unfolding.

Jon Brooks Follow Exclusionary, legacy financial models no longer fit into globally interconnected societies. Blockchain tech and cryptoassets are building momentum as alternatives equipped to boost economic fairness, transparency, and inclusiveness. I enjoy sharing information about disruptive technologies trying hard to make the world a better place for everyone.
« Early-stage is not about speed
Relationship banking – Advice from an ex-banker »