September is the Stock Market’s Worst Month: What Will You Buy? 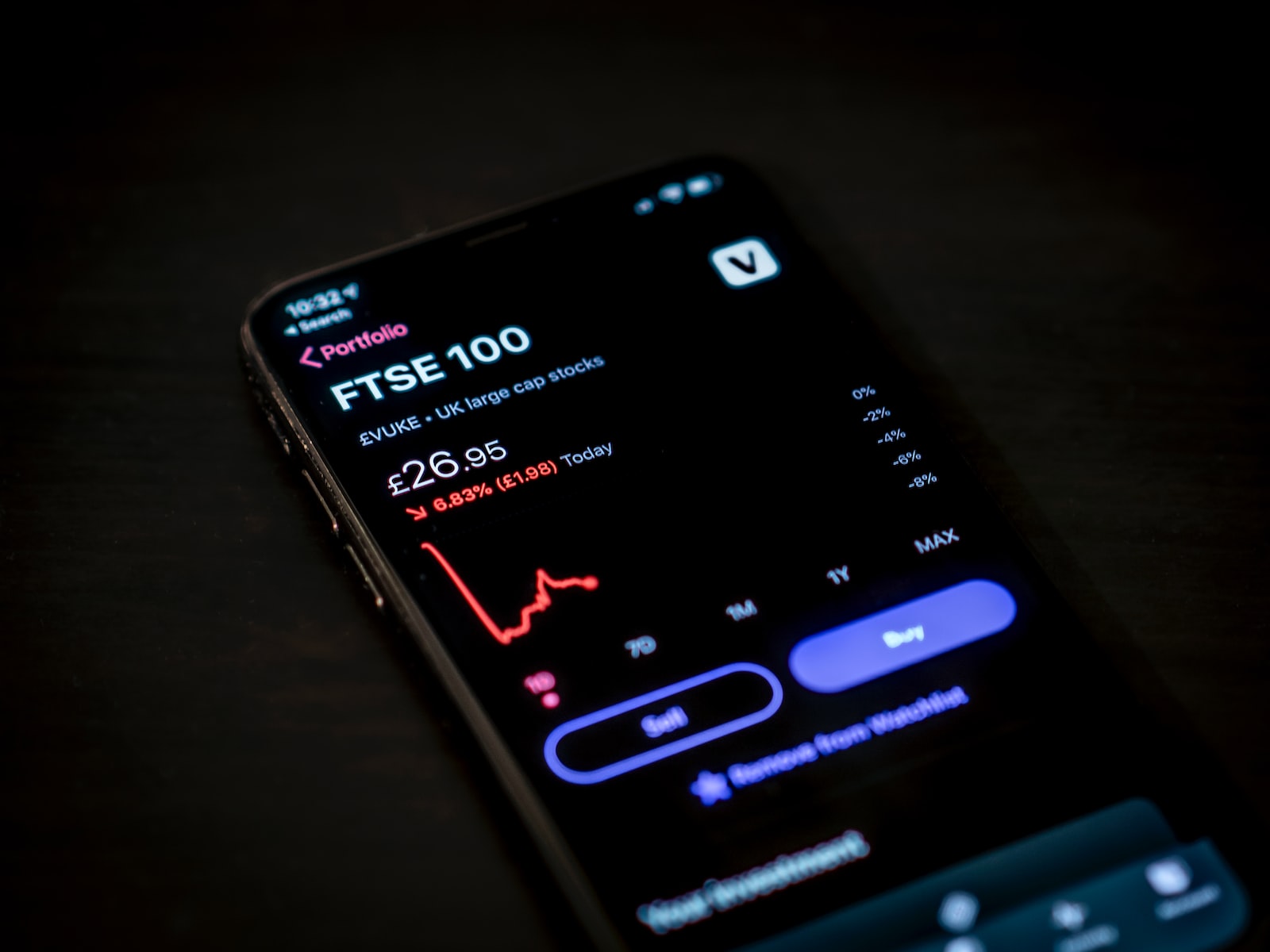 We have already seen multiple days of red in the market after Fed Chairman Jerome Powell’s speech at Jackson Hole.

Despite having a summer rally from June to August (S&P surged 17%), the Jackson Hole Speech seemed to have ended the positivity. Powell reiterated his commitment to fighting inflation, even if it meant tanking the markets.

The S&P500 and Nasdaq are down over 5% from Thursday, and we have officially entered the worst month in the stock market.

If you go back to World War II, September has averaged a loss of -0.56%, which is far worse than any other month.

The exact reason for this trend is unknown, but one reason is that investors and portfolio managers start reassessing their portfolios after the summer vacation. Mutual funds also sell positions at a loss to reduce the size of their capital gains income.

It is also a sign of a substantial trend change.

This chart shows the stock price decreasing from the beginning of September 1929 to 1932. You can see that the trend began in September and crashed significantly during October.

Similarly, the above graph shows the Dow Jones during the 2008 crash, but you can see a massive crash from the beginning of September. What followed was a long, painful decline for a multi-year down market.

And now, we seem to be in a similar position.

There are many factors to be concerned about:

We still cling to the robust unemployment rate, but that could change when a new job market report indicates otherwise.

“It’s all about the employment data. We have to get into a position where bad news will become bad news. That’s where the market becomes more attractive to us because that generates a real Fed pivot.” — Tony Dwyer, chief market strategist at Canaccord Genuity.

But if you have a lot of cash on the sidelines, this may be one of the best buying opportunities in the coming years.

But, what will you buy?

Luckily, legendary investors’ recent stock filings reveal what they purchased during the downturn.

I tried to analyze them to give you some information if you are considering what to purchase. However, please note the figures are rough estimates, as the exact stock price when they were purchased is unknown.

For the Growth Stock Lovers

If you are a firm believer in growth or tech stocks in the future, the Saudi Wealth Fund and Tiger Global have been purchasing significant positions during the downturn.

Therefore, it is not surprising to see that they have purchased several growth stocks during the recent downturn.

You can see familiar growth stock names such as Paypal, Datadog, Zoom Video, Nextera Energy, and blue-chip IT stocks such as Amazon, Meta, Alphabet, Microsoft, Adobe, and Salesforce.

The Saudi kingdom believes the recent sell-off was a great buying opportunity and doubled down on the major technology stocks.

Tiger Global had tremendous gains during the early 2021 pandemic-led bubble, but they have recently cut significant portions on their growth stocks. Namely, they have trimmed their exposure in Door Dash, Snowflake, Shopify, and Carvana.

However, this hasn’t stopped them from purchasing blue-chip IT stocks that they believe are worth investing in for the long term.

But similar to the Saudis, Google and Meta seem to be popular choices for growth stock purchasers.

For the Value Stock Lovers

If you are tired of the volatility of growth stocks, maybe you should consider value stocks: retail, healthcare, banking, energy, etc.

During the downturn, value stocks are less volatile and may generate higher returns due to their high profitability.

This year, energy is a clear winner, with a YTD performance of 43.95%.

And there has been one legendary investor loading up on the energy sector all year: the “Oracle of Omaha.”

Berkshire Hathaway, led by Warren Buffett, has a ton of cash on its balance sheet.

At the beginning of 2022, they had roughly $140bn in cash, which has shrunk to $70bn, as he has been purchasing stocks at a discount.

During Q2 2022, Berkshire Hathaway made considerable purchases in a few companies.

As you can see, Warren Buffett has purchased huge positions in Occidental Petroleum and Chevron. He has loaded up on both of these companies, and now, Chevron is the 4th biggest position while Occidental is the 7th biggest of his entire portfolio.

There are rumors that Berkshire Hathaway may acquire Occidental, as he recently got regulatory approval to purchase up to 50% of the company.

Other than the energy companies, Berkshire Hathaway has been purchasing Ally Financial, the former banking division of General Motors. He has increased his stake by 234% this quarter and seems confident in its value. Despite the downturn, the company has been growing at 8% and has solid financials.

Regarding tech stocks, Buffett decided to double down on his favorite, Apple, and purchased more of Activision, reiterating his stance to take advantage of the merger acquisition arbitrage that could close with Microsoft.

Finally, Paramount is another billion-dollar bet that Buffett has been taking since 2022, when he invested $2.6 billion in May. Moreover, he has increased his stake during the most recent quarter.

Paramount seems like a good company within the content space as it has exposure in all mediums: streaming, legacy tv & broadcast, and films. Additionally, with the phenomenal success of Top Gun: Maverick and Paramount+, the company has been reporting good financial earnings.

The stock is still considerably battered (down 28% this year).

Lastly, Ray Dalio has also been making significant changes to his portfolio.

With an inflationary environment, Ray Dalio has shifted some of his position towards companies that offer low-discount prices.

This position has already paid off well, as Walmart reported good earnings in mid-August, and the stock surged to the highest amount since 2020.

In addition, surprisingly, Dalio has also dipped his toes in undervalued tech stocks such as Google and Paypal.

However, the most surprising move was that the “China Bull” sold out of his Alibaba and JD.Com positions and divested a few of his Chinese shares.

It may be a sign that Ray Dalio is cautious of the short-term outlook of the Chinese economy with the property market crash, regulatory changes, and risk of delisting.

In summary, these legendary investors have different profiles and strategies so you can pick them based on your preference. I don’t suggest buying simply because these investors have decided to do so, but it is worth giving further research into the names they have purchased.

Now for some recap.

For the growth lovers…

For the less risky blue-chip IT stocks (the usual suspects)…

For the value investors…

Again, we don’t know if there will be a buying opportunity in September. We might even see a short-term rally.

But one good gauge to see if it is a good buy timing is the VIX. Chamath says it is an excellent strategy to purchase when the VIX is above 30, so it is worth looking at it.

I hope this article helps during a volatile period and good luck with your trading!

This is not financial advice. I am not a financial advisor, and you should do your research and not just listen to anyone on the internet. Nothing contained in this publication should be construed as investment advice.

By the way, some of the artwork has been created by Jasper AI. Try playing around for free here.

Sam Warain I am half Filipino/half Sri Lankan and living in Tokyo, Japan. After spending a few years in MBB consulting firm, I moved to an AI Start-Up in Tokyo at an early stage (Series A). We successfully had an IPO at $1bn valuation on the Growth Index in Japan. Currently, I transitioned to a COO role at another AI firm specifically providing services to the manufacturing industry. I have a Newsletter called "Inflated World" sharing personal anecdotes of people experiencing inflation worldwide, especially developing countries. Please consider subscribing. https://inflatedworld.substack.com
« How Positive Management Improves Success
Do You Need Accounting To Read Annual Reports? »