The aftermath of a major life-changing event — a tragedy — would not have been how Tim Lewis wanted to change his profession. Yet, it was a stark realization that tightened his grip on precious moments before they passed. Ultimately, that brought the writer the success he has today.

An author and podcaster, Lewis has written seven books and hosts the Begin Self-Publishing Podcast. This is all after choosing to leave an 18-year career in information technology management in the finance sector.

“I was widowed in 2011, and it changed my income needs, giving me the opportunity to try new things,” Lewis said. “It also made me realize life is for living. Don’t get stuck in a rut, be a victim or blame other people. Change your life.”

It took him more than 18 months to get the courage to quit his job and do something new.

“I wish I had that courage all the time,” Lewis said. “But more and more, I’m seeing the biggest thing in life is to make active decisions and avoid being a moaner or passive-aggressive.”

Rather than a revelation, his great change arose from conflicting pulls of “pure fear and procrastination.” His salvation was a book he read during his notice period after quitting: “Write. Publish. Repeat. (The No-Luck-Required Guide to Self-Publishing Success).”

“It wasn’t my intention to start writing books,” Lewis said. “Originally I was looking to continue IT work on a contract basis. But after reading that book on the self-publishing process, I wrote some time-travel books and ‘got the bug’ for writing more books.”

He learned that self-publishing entails a lot of work to outsource. That includes editing, selecting cover art and the like. Then came the mental exercise of finding what to write about.

“I had tried several times to write a novel and always failed because I didn’t have the right methodology to write the book,” Lewis said. “I discovered you must plan first, then write as fast as possible.”

He also has had an issue with “time and focus on social media, something I’m looking at resolving. It’s not finished, but then is anyone’s journey ever finished?”

No matter the challenges, Lewis appreciates every waking moment.

“My favorite part of each day is being able to set my own schedule,” he said. “Some days I only work in the evenings, and other times I work all day. I enjoy being able to travel widely and meet people I’ve met on social media.”

“I like going to places where I know people now,” he said. “Conferences are always good for visiting.

“I’ve been to the last four Social Media Marketing World events,” Lewis said. “Given the distance, I like to visit places on the way there and back. There are plenty of places for me to visit in Europe, though, so I might go there more.”

No matter where he ventures, Lewis is never far from social media where he creates his own storm of activity.

LinkedIn is one of his greatest social shortcomings.

“It’s a network I need to focus on more, especially as I know both LinkedIn ads and video can work well,” Lewis said. “Regardless of the platform, you would do well on each just knowing its format. You pretty much must rock all the channels you are on.”

For all his social media savvy, he claims he is a work in progress.

“I’m still learning,” Lewis said. “There’s so much to learn. A lot of it is getting the systems set up so you use your time wisely and measure what is working. That is my current focus on social.”

If anything, he is trying to cut back being frequently on so many social media outlets.

“I used to be on them basically all the time,” Lewis said. “That wasn’t healthy or constructive. I’ve gradually been switching off notifications and organizing my time over the last few years and months.”

He has dipped his toes into online advertisements and remains cautious there as well.

“I’ve tried paid ads on Facebook, Google, YouTube, LinkedIn and influencer marketing sites such as Famebit,” Lewis said. “But you really need to have some kind of plan before you go into paid traffic.”

He also dabbles in paying media for promotion.

“I’ve done it for books — managing to push a book to No. 10 on a chart with Facebook ads — and for my podcast,” Lewis said. “Paid media works best for more expensive products than books — or best used for a large series of books.”

He is proudest of the connections he’s made on social media and that he’s helped people connect with other people who they have then become friends with.

“The most important thing is to reply,” he said. “If you are running a brand, then having a team to answer quickly is important. However, for most people it’s not the speed of response, but the quality.”

Lewis recommended a tool such as Agorapulse to help keep up with replies.

In his view, newcomers have unprecedented professional choices on social media.

“There have never been more opportunities to get the kind of career that is appropriate to you,” Lewis said. “Prepare properly and be willing to be patient and learn.

“I love how the internet and social have created all new career paths for people that didn’t exist 15 years ago,” he said. “There are so many opportunities and resources.”

One thing that has not changed is that there are no free rides.

“It’s not any easier than it was to be a success in terms of making lots of money,” Lewis said. “It’s just that the cost of business has gone right down. It’s so much cheaper to try and fail — and ultimately succeed — with things.

“Social media now means you can connect with industry leaders in many industries really easily,” he said. “You still need to learn and know your stuff to impress, but it’s an opportunity unavailable 20 years ago.” 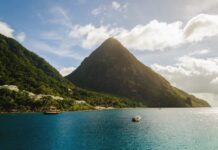 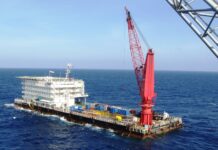 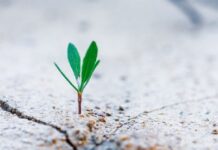 Innovation in Nature: a life history strategy approach to change your business