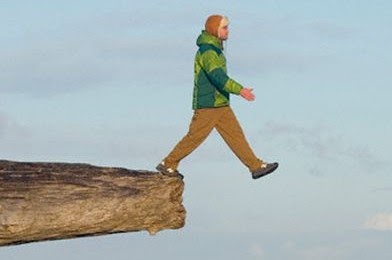 As human beings, we tend to dismiss facts that obstruct our underpinnings. We keep finding innovative ways to conceal how we truly feel or think. For instance, we’re aware of the lockdown being lifted and the reemergence and hike in the cases. We know we need to stay indoors for our safety yet many are ignorant and are found dawdling on the streets without masks or a purpose in crowded areas. Like Trump’s disregard for wearing masks in the public notwithstanding expert advice.

One of the reasons the virus is spreading more rapidly is that people are unwilling to choose the facts regardless of the obvious health risks. Although for safety reasons one should maintain social distance or isolated many don’t want to and the denial is so unfortunate. By failing to comply with the norms people are demonstrating greater rejection of science or facts.

Anti-science bias is more common than we acknowledge.

Global Warming for that instance is considered a myth by many. Despite the corroboration, many knowledgeable people deny the reality of precariousness and causes. There is a persistent rejection by humans on the subject as it’s either considered a jupe or undeserving of reaction. Like Donald Trump’s tweet in 2012, “The concept of global warming was created by and for the Chinese in order to make U.S. manufacturing non-competitive”.

Even rejection of orthodox historical and scientific occurrences such as evolution or claiming Aids is non-existent. Issues about religious and ethnic identity, politics, or current events are denied, simply because it is not in harmony with our standpoint. Thus, subconsciously we often experience confirmation bias and motivated reasoning.

According to a report by The Guardian, South Africa is known for one most acute HIV/Aids epidemics in the world. In the late 90s President Thabo Mbeki was reluctant to implement relevant prevention policies and rejected scientific consensus. He was influenced by Aids denialist, Peter Duesberg which led to the death of 330,000 people. Another example is of Measles. The reason the vast majority of the population is so vulnerable towards it is that anti-vaccination sentiment continues to prevail as a problem. Safety and effectiveness of vaccines are denied for the long-held conspiracy that they cause autism.

Despite relevant evidence and consequences by science, it is so simple to make people afraid of something.

Nobody wants to be labelled as a ‘denialist’ or as someone being ‘in denial’. It consists of a negative connotation. One is bound to deny being in denial as it’s insulting. However, being in denial is rooted in human proclivity. In the short term, it may be accommodating as it gives our mind time to adjust to destressing or uncertain information at its own pace. However, failing to acknowledge the facts for the long term is unhealthy.

Facts denialism is natural and everywhere. Even on an everyday basis the reluctance of smokers to accept the relationship between tobacco and lung cancer or denial of the ability of seatbelts in saving lives. Scientists are still battling with strategies to overcome it. However, challenging denialists with logical arguments and scientific consensus can significantly reduce it.  It is so crucial to expose the absurd claims and misinformation spread by the denialists to accept reality.

Denialism is a form of self-deception. As a layman, I don’t know more than the experts do. Although I sincerely believe, all the solutions require us to humbly acknowledge our limitations and forgo our preconceptions when the proof demands we do. We need to learn to accept new information, re-evaluate our position, and change our minds respectively. If we don’t, our entire society endures gratuitously. Facts and Science are real and unwilling to accept them is dangerous. The only thing that can overrule a hitherto held scientific consensus is additional and deeper science.

shivangi agrawal Follow I currently work as a strategy consultant. I have a background in Investment Banking and Finance. I'm passionate about Behavioral Economics and Entrepreneurship. I believe human insights combined with data can drive investment and business decisions at scale. I want to contribute in making people aware of their own biases and help them make better decisions everyday.
« How to Trade For a Living
Where to invest right now? »